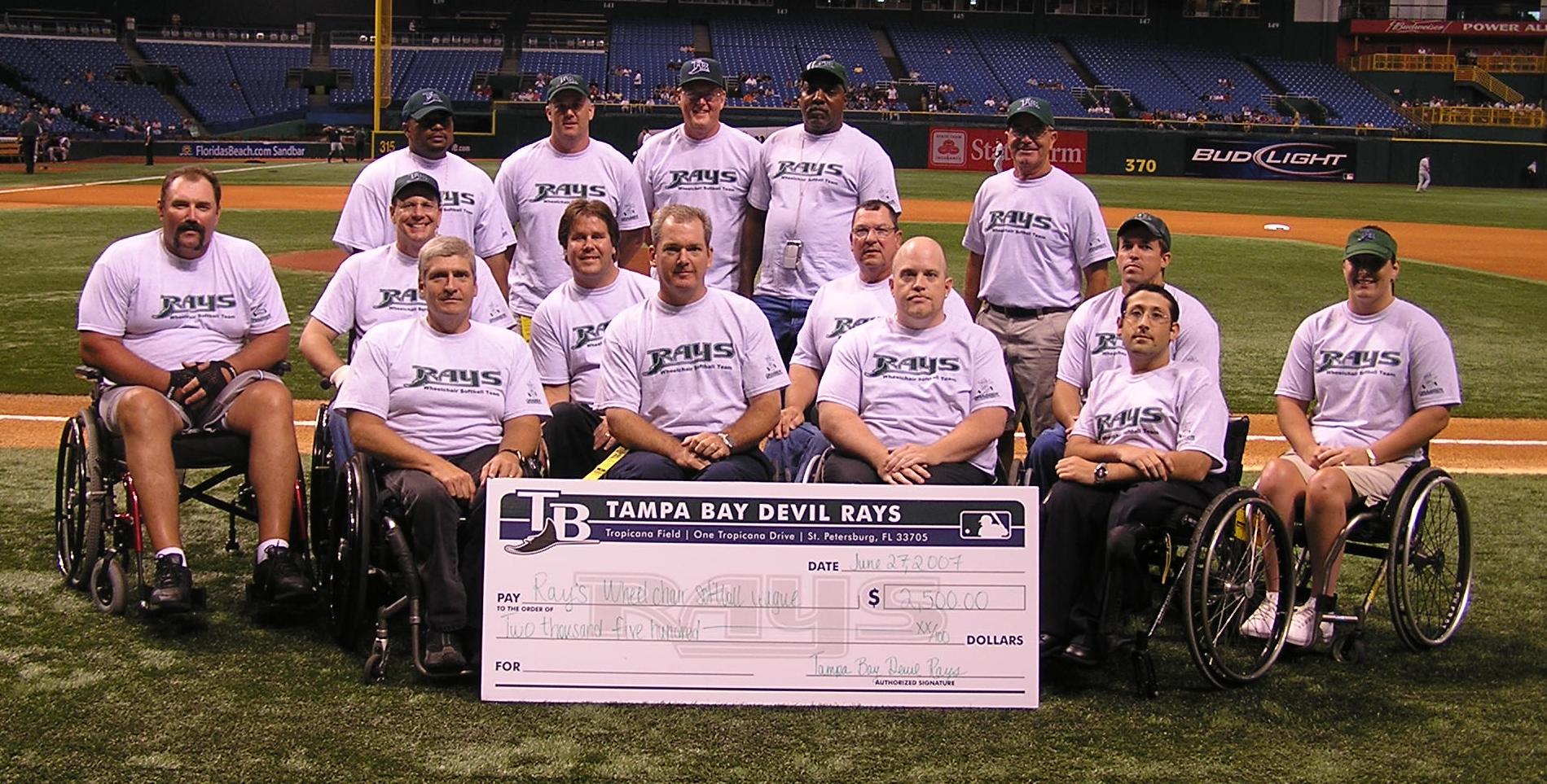 The Rays were brought out onto Tropicana Field to receive the photo-op-sized check right before the White Sox game. My husband, Tres, is standing in the center back of the photo because he has very recently joined the team’s coaching staff, helping 4-year head coach Shayne Wilkerson.

Before joining the Rays, Tres spent 16 years as a volunteer wheelchair rugby referee. He served as the International Technical Commission President (basically the head ref of the world) and helped write the rules of the game. Played by quadriplegics (it’s often called “Quad Rugby” in the U.S.) the sport is so rough it was originally called Murderball.

My sister, her husband & I became huge quad rugby fans. We learned to run the scoreboard & game clock, and we all spent years of weekends and vacations happily traveling to wheelchair rugby tournaments all over the world. (I kept the score for the Sydney Paralympics Gold Medal game, and this video still gives me a rush.) But finally we decided to look into the concept of “free time” that everyone else was talking about, so we all retired.

I guess Tres started thinking this “free time” stuff wasn’t all it’s cracked up to be. He spent a few Saturdays helping out with the (wheelchair) Devil Rays. Then, at a national invitational tournament in May, Tres watched a guy catch a fly ball while rolling backwards in his wheelchair. Oh, and the guy had only one leg, and he was standing on it, on the footplate of his backwards-rolling wheelchair, when he reached his glove up above his head, snagged the ball, and shot it to second base. Tres was thoroughly hooked.

So much for free time.

Even with that big fat check in the bank, the Rays could still use a few things — including money for equipment and tournament travel. Know anyone who might like to add their name to the Rays Sponsorship Roster?