Speak up for bike lanes — with thanks 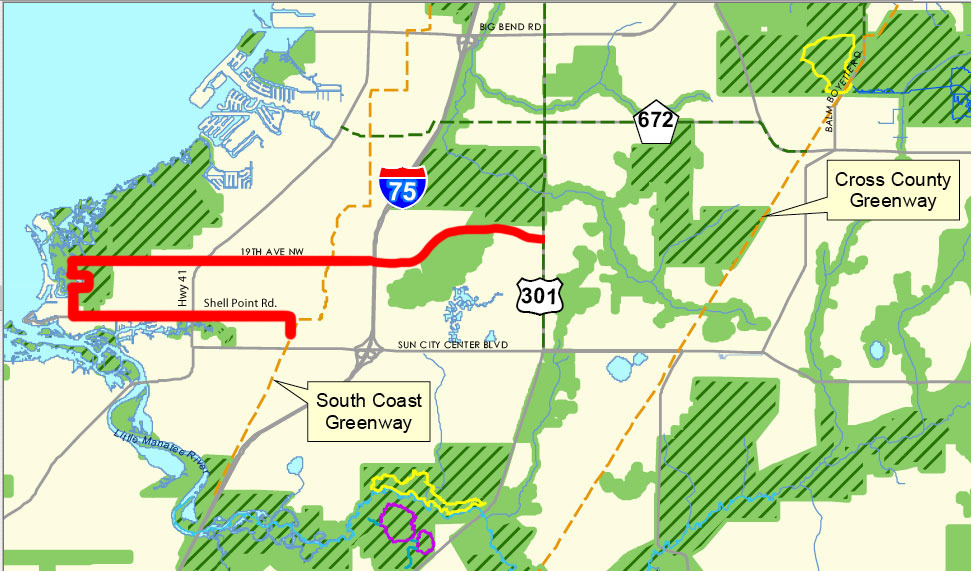 We need to tell our County Commissioners (repeatedly) that safe bicycle lanes & trails are important to MANY of us, if we want them to actually build the network of safe cycling infrastructure that is in our plans. We need to tell them we appreciate it when they do agree to build bike lanes & trails.

Today we can make that point by thanking our Commissioners for their recent action that will add bike lanes to 19th Ave. in Ruskin, from 30th St. (near I-75), west to E.G. Simmons Park on Tampa Bay.

This is another step forward in building an important east-west biking corridor: the Shell Point cycling loop, stretching from Hwy 301 west to Tampa Bay. (19th Ave. already has had some improvements added to the east end.) It’s an integral part of a bicycling network connecting south county with bike lanes and Greenway trails that are planned to provide safe cycling routes throughout the county.

Please send a letter today. Here’s a sample letter you can copy & paste into the commissioners’ contact form:

Thank you for your vote at the Jan. 9 board meeting to fund new bike lanes on south county roads (19th Ave & Big Bend Rd).

The addition of bike lanes to the west end of 19th Ave. is another step forward in building an important east-west biking corridor: the Shell Point cycling loop, stretching from Hwy 301 west to Tampa Bay, on 19th Ave & Shell Point Rd.

This cycling network has long been part of county plans to connect schools (including HCC), libraries, parks, bus stops, and other shops & services with south county neighborhoods; and to eventually connect all that with the South Coast Greenway trail which will run north-south, from the Little Manatee River north to Tampa, where it will hook up with 2 other major bike trails, as part of the planned Bicycle Area Mobility (BAM) network.

I hope to see the South Coast Greenway trail built soon, and the Shell Point cycling loop connections completed quickly. You have made a good step toward those goals and I appreciate your support of safe cycling for recreation and transportation.

If you want to send an email directly, and include the links to maps of the planned bike routes, here are the commissioners’ email addresses:

Now, thanks to YOU for your support of our bicycle lanes & trails!