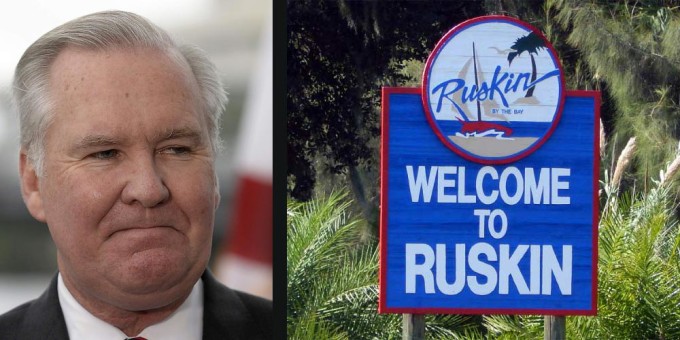 Tampa Mayor Bob Buckhorn, attempting to discredit the many citizens who disagree with him on the Go Hillsborough sales-tax proposal, pompously belittles them all as “3 tea party bloggers sitting in their underwear in their basements in Ruskin.”

I’ll start with this:

This city mayor is mad at a county commissioner, Kevin Beckner, for trying to reshape the sales-tax proposal in light of concerns raised by people throughout the county — including groups from the Sierra Club to the Tea Party, Democrats as well as Republicans, and the local multi-lingual newspaper La Gaceta. Beckner’s proposal includes more transit, funded by a 10-year tax. Buckhorn is pushing the Go Hillsborough 30-year tax that would mostly fund roads, with relatively little transit.

“The vast majority of us were willing to take that risk and not back down in the face of three tea party bloggers sitting in their underwear in their basements in Ruskin,” Buckhorn said. “That’s not leadership.”

I’ll tell you what is not leadership: vilifying people with alternative views, and trying to ram your agenda through despite the concerns of voters. Real leadership is listening to all your constituents, looking for common ground, and building consensus among people with different perspectives — like commissioner Beckner and commissioner Murman are trying to do after the mess you’ve made of Go Hillsborough.

Eventually, this whole county will have to vote on any new transportation tax, because we’ll all have to pay that tax, from Tampa to Ruskin, and every place in between. Disparaging the community of Ruskin is no way to gain our support.