Did TBARTA break the law in voting to oppose Hometown Democracy? 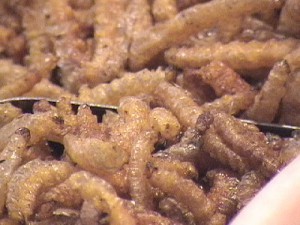 It’s not surprising that TBARTA (Tampa Bay Area Regional Transit Authority) passed a resolution opposing Amendment 4, also known as Florida Hometown Democracy. After all, Amendment 4 is an expression of citizens’ dissatisfaction with the sort of politicians who sit on TBARTA’s board (along with one developers’ lawyer). As Carl Hiaasen says, Florida’s politicians & developers are “squirming like worms on a frying pan” at the idea of letting citizens have a real say in growth management, as Amendment 4 would allow.

Although predictable, TBARTA’s action may be illegal — despite what their lawyer, Don Conn, says. (No surprise there, either. Mr. Conn specializes in stuff his law firm euphemistically calls, “Florida’s Growth Management System,” which they cluelessly illustrate (on their own web site!) with a photo of hellish sprawl.)

Politicians, like anyone else, can spend their own time & money expressing their own opinions; and our government can spend our money providing us with factual information about ballot items. However, our government should not spend its time and our money telling us how to vote — and Florida has a law that says so.

“from expending, and a person or group from accepting, public funds for a political advertisement or electioneering communication concerning an issue, referendum, or amendment that is subject to the vote of the electors” (from the bill summary).

As Arielle Stevenson reported earlier on this blog (and on WMNF), Mr. Conn says TBARTA’s action is perfectly legal, and another lawyer, Richard Harrison, agrees:

“Yes that action is legal for two reasons, one because if all TBARTA did was pass a resolution then arguably it did not expend public funds to do that. Second reason that TBARTA is probably okay is that, because it is a state agency and not a local government, I don’t believe chapter 106 applies to it.”

First off, TBARTA most certainly did expend public funds to oppose Amendment 4.

Secondly, contrary to Mr. Harrison’s belief that the law does not apply because TBARTA is “a state agency and not a local government,” Statute 106.113 explicitly applies to:

“Any department, agency, board, bureau, district, commission, authority, or similar body of a county, municipality, school district, or other political subdivision of this state.”

Clearly, TBARTA is an authority of a 7-county political subdivision of this state as defined in this statute.

Sure, TBARTA is not directly spending public funds to print anti-Amendment-4 bumper stickers, but the point of their action is to lend that publicly funded board’s name to be printed on campaign brochures and published in the opposition’s list of collaborators; which is a misuse of public funds to give material support to a privately-funded campaign against a grassroots citizen initiative.

If that doesn’t violate the letter of the law, it certainly violates the spirit of the law. While TBARTA didn’t hand the opposition campaign a wad of cash, they did offer them a contribution — an endorsement — produced using our tax-dollars.

Even if TBARTA’s action is not illegal, it surely is illegal for the anti-Amendment-4 campaign to print TBARTA’s name on their campaign materials, or to use TBARTA’s endorsement in their campaign in any way, as Statute 106.113 states,

“a person or group may not accept public funds for a political advertisement or electioneering communication concerning an issue, referendum, or amendment, including any state question, that is subject to a vote of the electors” — and TBARTA’S endorsement was produced with public funds.

This statute is a brand new law, passed just last year, and legislators are already trying to repeal it, mainly because legislators like Bradenton developer Mike Bennett (who sponsored the horrid SB 360 last year, and is constantly pushing to weaken growth management rules) want to be able to campaign against Hometown Democracy using our money.

“What, in fact, is more dangerous in a democracy than the government telling citizens how to vote? That happens in other countries.”

Legalities aside, TBARTA’s action is just plain wrong. As representatives of voters who put Amendment 4 on the ballot, with over 1 million citizens signing petitions, TBARTA’s elected officials ought to allow their constituents to vote on this citizen initiative, without interfering.

Florida Hometown Democracy is an expression of citizen frustration with our politicians and their utter failure to protect our communities, our natural resources, our quality of life, our home values and our economy from the devastating impacts of rampant over-development. The politicians on TBARTA’s board (and those on other boards like the Tampa Bay Regional Planning Council, scheduled to vote on this issue in April) ought to be ashamed of their collective failure. Even the best of them must admit their inadequacy to achieve any semblance of responsible growth management for their communities. All of them should muster the grace to get out of the way of their constituents’ efforts to have a say in directing the development of our communities — for this is something which our politicians obviously cannot handle alone.