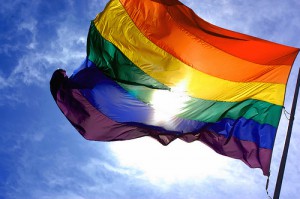 New York City, a large shareholder of TECO Energy (Tampa Electric Company), has proposed that TECO amend its equal opportunity policy to protect its employees from discrimination based on sexual orientation and gender identity. The proposal is set to be voted on by shareholders at their annual meeting on May 5.

In February, after this proposal was filed, TECO did amend its non-discrimination policy to include sexual orientation, but it has refused to explicitly prohibit discrimination based on gender identity. TECO’s board of directors unanimously opposes the measure, and has recommended that their shareholders reject it.

In the proxy materials sent to shareholders, NYC’s Comptroller, speaking on behalf of the shares held by the city’s several retirement funds, points out:

“Over 88% of the Fortune 500 companies have adopted written nondiscrimination policies prohibiting harassment and discrimination on the basis of sexual orientation, as have more than 98% of Fortune 100 companies, according to the Human Rights Campaign; over 30% now prohibit discrimination based on gender identity;

TECO’s directors respond that now that they’ve amended their policy to include sexual orientation, their non-discrimination policy is “similar to that of the vast majority of other Fortune 1000 companies.” They argue that it is not necessary to also include gender identity to ensure a non-discriminatory workplace.

Without explicitly including gender identity, TECO’s policy is still not inclusive enough, said Ken Sylvester, New York’s Assistant Comptroller for Pension Policy, when I called him this morning to clarify their position. He explained that people have a wide range of ways in which they identify and express their gender, and the city of New York maintains that the companies they invest in should fully protect their employees from discrimination & harassment, no matter how they self-identify in terms of gender.

The terms “gender identity” and “transgender” include people who, regardless of sexual orientation, do not meet stereotypical expectations of masculinity or femininity, including, according to Equality Florida, “a full spectrum of people ranging from effeminate men and masculine women to transsexuals — people who have or want to change sexes.” As Equality Florida says, “gender stereotypes hurt everyone.” On the flip side, the whole community benefits from welcoming diversity.

More and more businesses are recognizing the moral responsibility and the financial benefits of protecting the rights of all LGBT people. In January, the federal government added gender identity to the classes protected by the Federal Equal Employment Opportunity (EEO) policy.

If the Tampa Bay area is serious about attracting forward-thinking businesses and jobs for the 21st century, our corporate and government leadership must step out of the bush-league backwaters and embrace modern ideals of diversity and human rights.