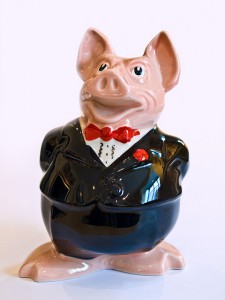 The Urban Land Institute bills itself as a broad-based coalition of land-use professionals and planners, dedicated to “creating better places.” Some of their seminars, though, reveal a bunch of developers who seem more concerned about their own profits than the public good.

Sponsored by a Who’s Who of local developers, the Tampa Bay ULI chapter (a booster of the One Bay planning project I wrote about elsewhere) recently hosted a seminar teaching developers how to thwart citizen participation in the land-use process, labeling all citizens who get in their way with the derogatory term, “NIMBY.”

And now the national group is putting on a webinar to teach developers how to pocket more of our tax money.

The online description of the tax-snarfing webinar is cloaked in pretentious jargon, so I’ve provided some parenthetical translations (in red, like this) and I’ve added some underlining to help you pick your way through the baloney:

But, where will the capital to fund this conversion [of “underutilized” properties] come from given that current market conditions will make it impossible to use purely private sources? (Where can you get the money to build, now that the banks have stopped making risky loans, and investors have wised up since you and your developer friends over-saturated the market and crashed our economy?)

The answer lies in a poorly understood and emerging source of development capital; namely, public-private partnerships. (The private “partner” gets the public money!) These partnerships address five critical tasks to convert obsolete properties:

2. Site and access reconfiguration: Public sector assistance is crucial to improve the usually poor access (let taxpayers pay to widen roads for you!) and reconfigure parcel lines that constrain conversion. (Grab more land with a government taking of your neighbor’s property, or take private property to widen roads! Get the government to give you the public sidewalk like St. Pete did for Baywalk!)

3. Debt funding: The public sector can use low cost municipal debt (land secured, tax increment or lease revenue bonds) to fund infrastructure, parking and other project components, thus lowering debt costs. (Lower cost to the developer by raising costs for the taxpayer! Send our cities & counties into debt to fund your “project components” like parking lots — we’re here for you, baby!)

4. Equity funding: The public sector can provide some portion of the equity component using land value, tax increment or tax credit funding. (Use our tax dollars to buy your stuff!)

5. Gap funding: Public sector funding is replacing mezzanine funding as the “value-add” gap funding that used to be a common component of the private capital stack. (If banks and investors are too smart to lend money to developers, just borrow it from the taxpayers! And if your LLC goes broke without paying them back, you can just walk away — that’s why you make a separate LLC for each project!)

The Great Recession has accelerated an already existing trend toward public-private partnerships, which have become inherent to the more economically and physically complex, contemporary style of development. (The “Great Recession” provides a great excuse for getting government handouts for developers — as long as nobody brings up the fact that over-development helped CAUSE the recession. Anyway, all the coolest “complex, contemporary” developers are doing it, so let the Urban Land Institute show you how to grab yourself some tax money too!)

Developers love public-private partnerships — as long as we remain silent partners. They are largely vehemently opposed to Amendment 4 (Florida Hometown Democracy) which would give the public a vote in our land-use plans.

Hillsborough County taxpayers already subsidize development with over $11,000 in infrastructure costs for each new house built in a collapsed Ponzi scheme that has left us $16 billion behind in road improvement costs now. As Kelly Cornelius points out, we hand out a LOT of Developer Welfare in this county. So here’s hoping our local developers don’t learn any more tax-taking tricks from the Urban Land Institute!