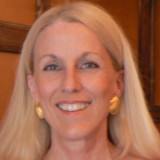 I’m Mariella Smith, and this is my blog of Action Items for citizens who, like me, care about Tampa Bay’s growth management, transportation & environment; and want to do a little something, now and then, to help make our little piece of paradise even better.

From May, 2007, through June of 2009, I wrote about these issues on a multi-author blog about Tampa Bay news called “Sticks of Fire,” which featured several excellent local writers on a wide range of topics. It was quite popular at the time, winning a few “Best of the Bay” awards, occasionally quoted in the area’s mainstream media, before it closed in 2010.

All my posts from 2007 through June 2009 were originally published on SticksOfFire.com. Many of those posts sparked passionate, intelligent discussion in the comments, and I am sorry I was not able to save those when the site was closed.

In 2009, my blogging efforts were honored in Creative Loafing’s Green 100:

Mariella Smith, Sierra Club and Sticks of Fire blogger. By day she’s a mild-mannered graphic designer. In her free time, however, Smith is a tireless and thorough documenter of efforts to gut growth laws and harm the environment in Hillsborough. Her stories about the County Commission’s ongoing growth management dismantling and kowtowing to powerful developers in Sticks of Fire are as good as any investigative journalism you’ll find around these parts, and sometimes even beats the mainstream press to the punch.

I started writing here at Action Items in August, 2009, with a call to action to support the public preservation of what was then called “Cone Ranch,” and is now preserved as the Lower Green Swamp Preserve.

In 2010 I wrote several articles for Creative Loafing’s Daily Loaf, which are also archived here, mingled among other articles I wrote in 2010. Each of these Daily Loaf posts are labelled as such with a link to the original post. These posts are listed in my author archive on Creative Loafing.

Because the older posts have been pulled together from different sites with different formatting (Action Items started out on Posterous) they don’t all match the look of the rest of the site, and some of their original styling got a bit mashed up in the migration. I can’t imagine I’ll ever have nothing better to do than to tidy them all up.

For more about me, see the first post: “Introduction,” and my business site, InSight Graphic Design.